When does information about mergers affect stock price? 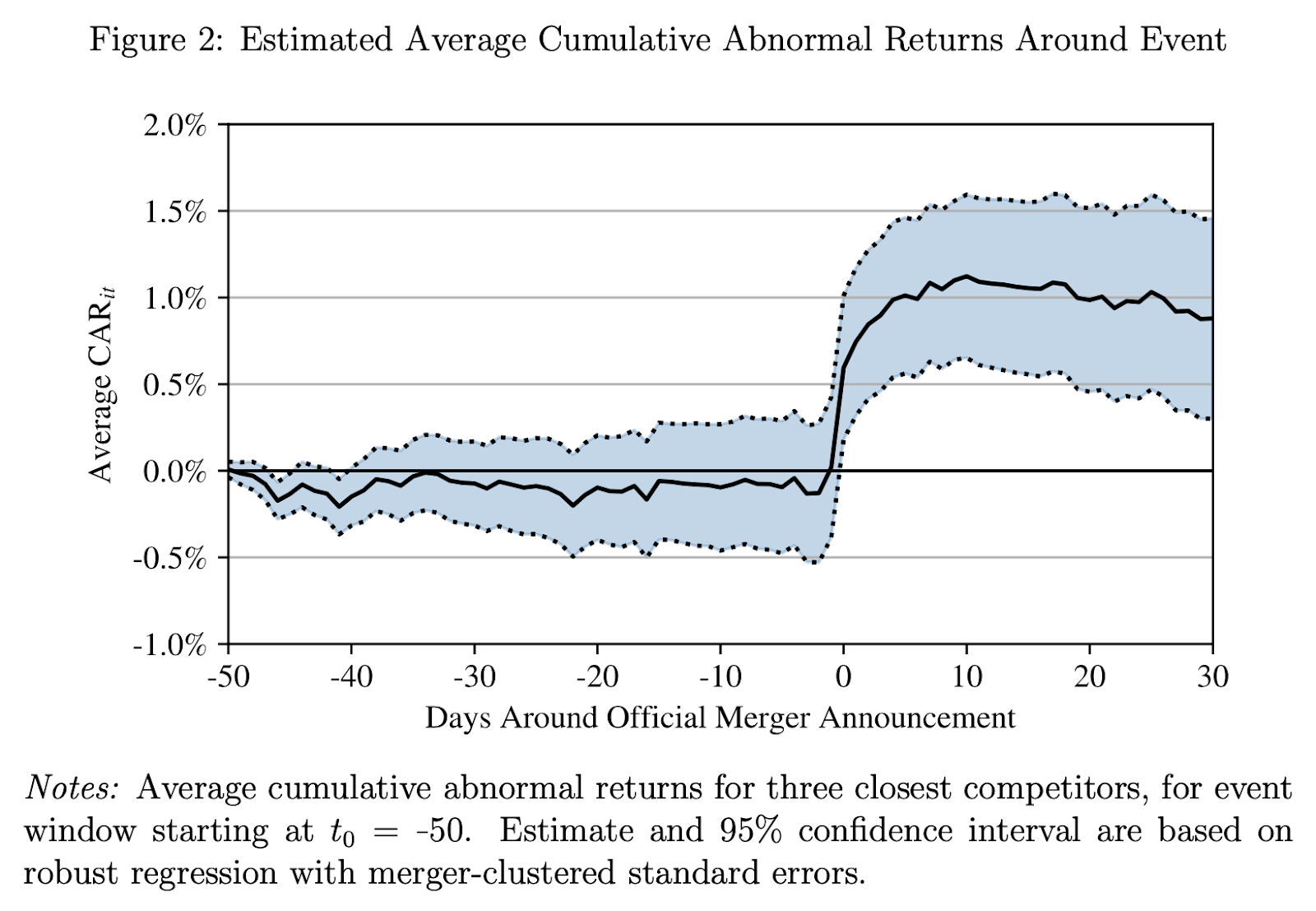 As with the other studies the paper cites in its literature review, this particular research design included a window of multiple weeks both before and after the event occured. When analyzing the T-Mobile/Sprint merger decision, we should similarly expand the window beyond just a few hours of after hours trading.

After a Judge ruled favorably on the Spint/T-mobile merger, the prices of competitors ATT and Verizon initially increased (within 3 hours), but then decreased when the market had some time to digest what the ruling meant (over the next few days).

TRUTH IN BLOGGING:  I worked at the DOJ during its investigation of the merger.
Posted by Luke Froeb at 5:15 PM