The 'nice' word for someone (or government) that never learns from their mistakes is “incorrigible” which is defined as a person (or government) that is not able to be corrected, improved or reformed.
South Africa banned cigarettes and alcohol during the pandemic.  Predictably,

The sales bans may also have had a more limited effect on consumption than was expected. Though the sale of legal, tax-paid tobacco came to a halt, there is evidence that many smokers purchased illicit, tax-evading alternatives on a large scale. A recent study by the University of Cape Town found that more than nine out of 10 smokers continued to purchase cigarettes despite the sales ban.

The tobacco ban appears to have strengthened the illicit trade in cigarettes, possibly permanently. With no tobacco products available via legal means many consumers — even those who would not normally contemplate purchasing illegal goods — bought illicit cigarettes during the ban. The consequence has been increased “normalisation” of tax-evading brands, even to higher-income consumers.

I would add that this is an example of the "hidden cost fallacy," making a decision without considering all the costs and benefits of the decision.
Posted by Luke Froeb at 11:10 AM 4 comments: 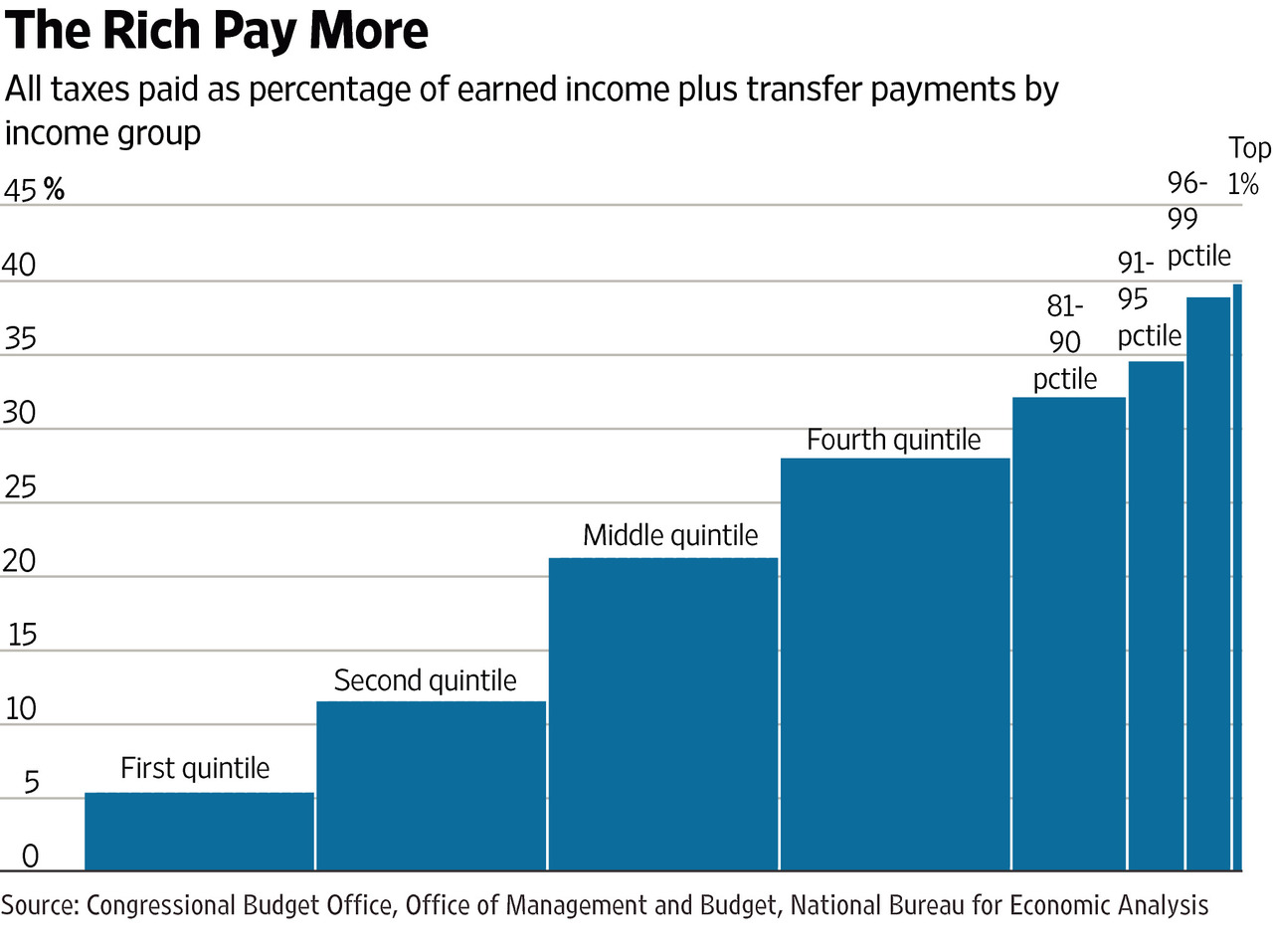 We estimate the average percent of income donated to charity ranges from 1.44% to 2.01% across income groups – a relatively flat relationship.

Email ThisBlogThis!Share to TwitterShare to FacebookShare to Pinterest
Labels: 01. Introduction: What this book is about, 02: The One Lesson of Business 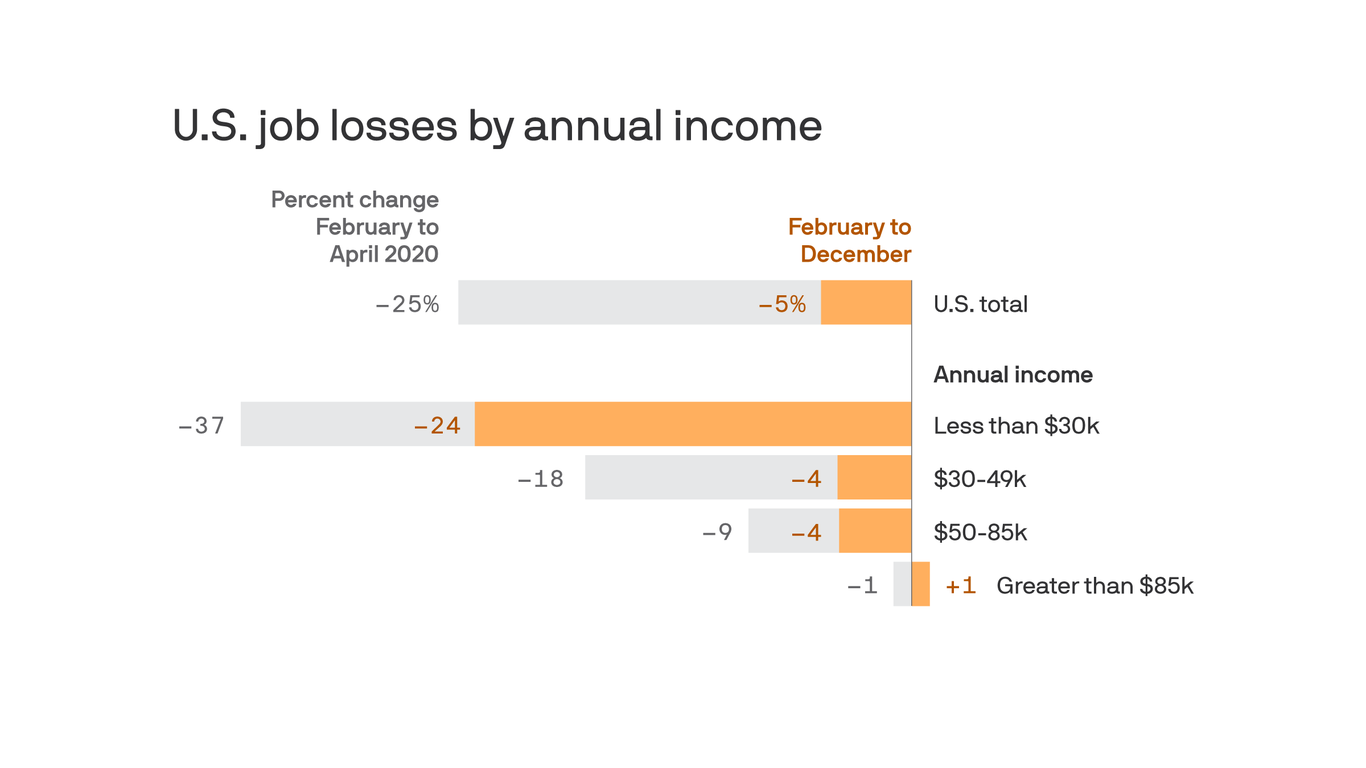 What happened: The winter surge of COVID-19 stopped and then reversed the progress in returning to work that had been made by the lowest-income workers, the New York Fed points out in a research paper released Tuesday. (cite)

in the NY Times

This is a crisis that reveals California’s conservatism — not the political conservatism that privatizes Medicare, but the temperamental conservatism that stands athwart change and yells “Stop!” In much of San Francisco, you can’t walk 20 feet without seeing a multicolored sign declaring that Black lives matter, kindness is everything and no human being is illegal. Those signs sit in yards zoned for single families, in communities that organize against efforts to add the new homes that would bring those values closer to reality. Poorer families — disproportionately nonwhite and immigrant — are pushed into long commutes, overcrowded housing and homelessness. Those inequalities have turned deadly during the pandemic.

“If you’re living eight or 10 people to a home, it’s hard to protect yourself from the virus,” Senator Wiener told me.

Ironically, advances in AI increase the value of human judgement

Written by three economists, Prediction Machines analyzes the potential of AI and as a fall in the cost of prediction.  The top review on Amazon reduced the book to three propositions:

Building on Donald Rumsfeld’s oft-repeated taxonomy of known knowns, known unknowns, and unknown unknowns, the trio of economists add another category: unknown knowns.[7] For Agrawal, Gans, and Goldfarb, known knowns represent a sweet spot for artificial intelligence—the data are rich and we are confident in the predictions.[8] In contrast, neither known unknowns nor unknown unknowns are suitable for artificial intelligence. In the former, there are insufficient data to generate a prediction—perhaps the event is too rare, as may often be the case for military planning and deliberations. In the latter, the requirement for a prediction isn’t even specified, a situation described by Taleb’s black swan.[9] In the final case of unknown knowns, the data may be plentiful and we may be confident in the prediction, but the answer can be very wrong due to unrecognized gaps in the data set, such as omitted variables and counterfactuals that can contribute to problems of reverse causality.[10]

This last problem is illustrated by the story of an early AI/Chess program.  After analyzing thousands of chess games played by humans, the program began sacrificing its its Queen after only a couple of moves.  In human games, sacrificing the queen usually lead to checkmate in only a few moves.  This is a classic mistake, confusing correlation (losing your queen often led to victory) with causation (humans only sacrifice a queen only if doing so would lead to checkmate.
Here is a good summary: .

Too often in the public discourse, artificial intelligence is portrayed as magical fairy dust that should be applied liberally to our most challenging problems. Agrawal, Gans, and Goldfarb’s Prediction Machines dismisses this fallacy. Although written for a business audience, its insights are not confined to the boardroom. Prediction Machines provides a compelling, fresh perspective to help us understand what artificial intelligence is and its potential impact on our world. The text is essential reading for those grappling to make sense of the field.
For Agrawal, Gans, and Goldfarb, artificial intelligence is simply a prediction machine—it uses information we possess to generate information we do not possess. This simple realization immediately refocuses contemporary discussions and guides fruitful development of artificial intelligence. It underscores the situation-specific nature of its data and tools. It discloses its fallibility. And it reveals the role of predictions in our decision process, not as determinants but rather as inputs that must be evaluated according to our uniquely-human judgement. According to the three economists, that is the “most significant implication of prediction machines”—they “increase the value of judgement.”[31]

The LA Times reports that, when the city of Long Beach imposed $4 an hour additional hero pay, some super markets decided to close instead.

Kroger, the owner of Ralphs, Food 4 Less and other retailers, said Monday that it would close two stores in Long Beach in response to city rules mandating an extra $4 an hour in “hero pay” for grocery workers during the COVID-19 pandemic. In addition to the Ralphs, the company will close a Food 4 Less on East South Street. The moves will affect 200 workers.

During the pandemic, grocery workers,and other essential workers, are "heros." They are taking on a greater risk of infection and a larger share of them are becoming infected. We usually expect wages to include a risk premium. Usually these are the result of the market equilibrating to a higher wage from a decreased supply of workers willing to take on this risk. In California, collective bargaining facilitated finding a mutually agreed upon wage.

No government needs to impose these premiums on most labor markets. Since the article suggests that grocery jobs are hard to find, the city's new wage floor appears to be higher than the market wage. Some of the Hero Pay would be passed on grocery consumers in the form of higher prices and some would be passed on to owners in the form of a lower return on investment. Some consumers would patronize now cheaper stores in neighboring cities and some owners would allocate their capital to other, now higher return, projects. Not all stores remain profitable. The closed stores are of lower valued use than opened stores.