Senate Bill 1162 will also amend the requirements for employers regarding pay data reporting. For example, a private employer that has 100 or more employees will be required to submit a pay data report covering the prior calendar year to the state on or before the second Wednesday of May each year, beginning May 10, 2023. The required elements of the report will also expand to include the median and mean hourly rate for each combination of race, ethnicity and sex within each job category.
The Bill will create a lot of work for econometricians to either find pay differences or explain them away.
Posted by Luke Froeb at 10:51 PM 1 comment: 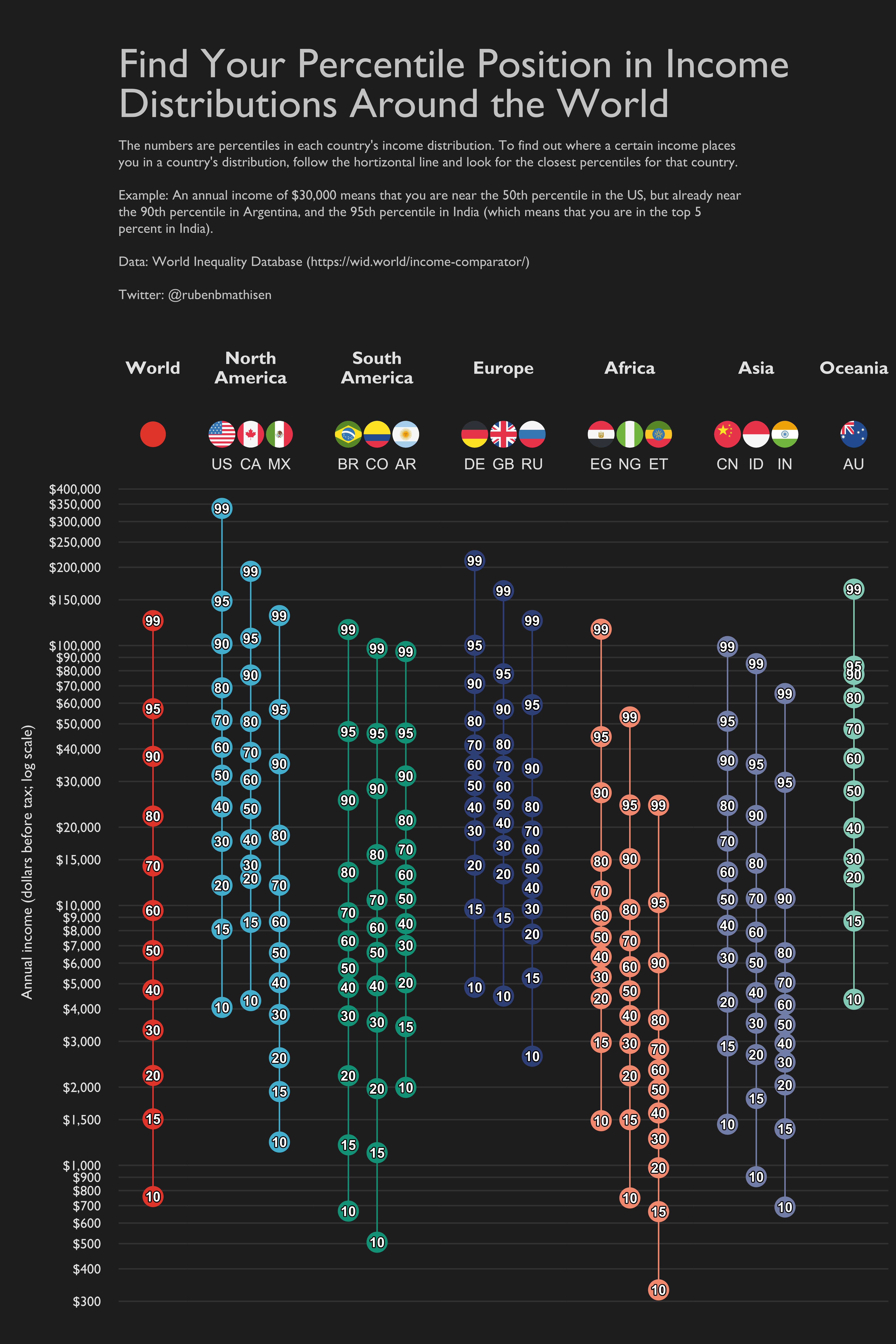 Email ThisBlogThis!Share to TwitterShare to FacebookShare to Pinterest
Labels: 01. Introduction: What this book is about, 09. Long-run equilibrium

Another gender gap: compensating differentials for being thin

From the Economist, The economics of thinness,

Myriad studies which find that overweight or obese women are paid less than their thinner peers while there is little difference in wages between obese men and men in the medically defined “normal” range.

... research in America, Britain, Canada and Denmark suggests that overweight women do have lower salaries. The penalty for an obese woman is significant, costing her about 10% of her income.

An economist at the BLS offers a partial explanation: “the increasing rarity of thinness has led to its rising premium.”
Posted by Luke Froeb at 6:23 PM 2 comments:

Thomas Sowell noted that the same people often take different sides of seemingly unrelated issues. The zero-sum fallacy--that if one person gains, someone else must lose--may explain this:

[those] who view the world in more zero-sum terms tend to support policies that redistribute income from the rich to the poor ... This includes redistributive policies like taxation, universal healthcare, and affirmative action for women and African-Americans. .
..zero-sum thinking is associated with preferences for liberal economic policies in general and with stronger political alignment with the Democratic Party

HT: MarginalRevolution.com
Posted by Luke Froeb at 6:49 AM No comments:

Why are bakers adding sesame to their products?

APNews: A new federal law requiring that sesame be listed as an allergen on food labels is having unintended consequences — increasing the number of products with the ingredient.

Food industry experts said the requirements are so stringent that many manufacturers, especially bakers, find it simpler and less expensive to add sesame to a product — and to label it — than to try to keep it away from other foods or equipment with sesame.

This is analogous to the infamous Cobra Effect, when a bounty on dead Cobra's was set so high that it became profitable to raise the snakes and then kill them for the bounty.

Posted by Luke Froeb at 8:19 AM No comments:

Uncertainty as a tax on mergers

President Biden's Antitrust leadership wants fewer mergers, but changing merger policy is hard when your decisions can be reviewed by a court and go against 50 years of well-developed case law (See Can the FTC Turn Back the Clock, written by some middling economists).
Instead, Biden's regulators are trying to change policy indirectly, by creating what Sokol et al. call "Regulatory Uncertainty,"which acts as a tax on mergers.
Surprisingly, however, practitioners thought that the harm might be limited:

As the FTC and DOJ continue to focus their attention on resource-intensive enforcement of a few high-profile technology and pharmaceutical companies, practitioners see more deals escaping scrutiny.

So basically, if President Biden's regulators are busy elsewhere, they cannot prevent as many mergers.

Posted by Luke Froeb at 3:56 PM No comments:

Email ThisBlogThis!Share to TwitterShare to FacebookShare to Pinterest
Labels: 01. Introduction: What this book is about, 15. Strategic games, 17. Making decisions with uncertainty

Collusion on how to compete

Consult an economist before buying a wedding dress 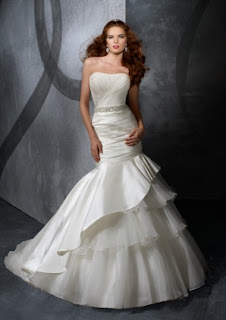 When Stephanie (her name has been changed to avoid embarrassment) went shopping for a wedding and bridesmaid dresses, she found valuable advice from an unusual source, Chapter 23 of her favorite economics text.  And it was not about sleeve options, figure flattery, or bustles.
She was puzzled that over half of the stores that sell wedding dresses do not permit photos, and do not have tags in the dresses that would identify the manufacturer and style type.
These retail stores want to prevent customers from "free riding" on their fitting and display services:

I just spoke with someone who had all her bridesmaids sized in the store only to go online and buy them from a discount site. I would assume many of the brides are doing this as well.

Note that this is not just a problem for the store, but also a problem for the dress manufacturer: if stores cannot prevent free-riding, they will invest less in point-of-sales fitting services, and dress sales will suffer.  See our earlier post about golf club manufacturer PING, who faced a similar problem,


The discount retailers were advising consumers to visit a full-service retailer to request a custom-fitting session, and then bring the specifications for custom-made clubs back to the discounter. PING could control this kind of opportunistic behavior only by dropping dealers, a very costly option.

PING wanted to set a minimum retail price (called "retail price maintenance") to address the problem.  The minimum price meant that discount retailers could not undercut full service retailers.  The antitrust laws prevented this until the Supreme Court changed the case law.

For the wedding dresses, the no-photos policy created a problem for Stephanie because she wanted to photograph her bridesmaids in each of the dresses to make sure that they choose the best dresses for the wedding. So she chose to purchase from a large retail chain, like J. Crew, BCBG, Ann Taylor, or Nordstrom’s because they had solved the free riding problem, using exclusives, where only one chain carries the style.

For an economic analysis of resale price maintenance, see the amicii brief of 24 antitrust economists (I am one of the 24.)

UPDATE:  Amazon just made free riding a lot easier.
Posted by Luke Froeb at 8:26 AM 78 comments:

How did Blockbuster's CEO solve the double marginalization problem?

Hal Varian's (Chief Economist at Google) tells the story of Blockbuster (a video "rentailer") and its distributors who suffered from "double marginalization" or "the double markup problem." In other words, competition between firms selling complementary products results in a price that is too high and output that is too low:


Consider, for example, video tape rental industry. Prior to 1998, distributors sold video tapes to rental outlets, which proceeded to rent them to end consumers. The tapes sold for around $60 apiece, far in excess of marginal cost. The rental stores, naturally enough, economized on their purchase, leading to queues for popular movies.

The old contractual form suffered from double marginalization, which resulted in video rental prices that were too high and output that was too low.

The Blockbuster CEO recognized this as a problem and proposed a solution:


In 1998 the industry came up with a new contractual form: studios provided video tapes to rental stores for a price between zero and $8, and then split revenue for rentals, with the store receiving between 40 and 60 percent of rental revenues.

Although the stores marginal revenue was cut in half, the marginal cost of a video went down by about 90%.  As a result,


.. these contracts increased revenue of both studios and rental outlets by about 7 percent and consumers benefitted substantially. Clearly, the revenue sharing arrangement offered a superior contractual form over the system used prior to 1998.

This arrangement is subject of course to verification of the downstream revenue by the upstream distributor.  New "smart" cash registers at Blockbuster made this possible:


The interesting thing about this revenue-sharing arrangement is that it was made possible only because of computerized record keeping. The cash registers at Blockbuster were intelligent enough to record each rental title and send in an auditable report to the central offices. This allowed all parties in the transaction to verify that revenues were being shared in the agreed-upon way. The fact that the transaction was computer mediated allowed the firms to contract on aspects of the transaction that were previously unobservable, thereby increasing efficiency.

More of Hal Varian's insights about economics (there are some good stories here) can be found in his popular columns.  He is most famous to MBA's for saying that "marketing is the new finance," urging the Quants, who used to go into finance, go into marketing instead. 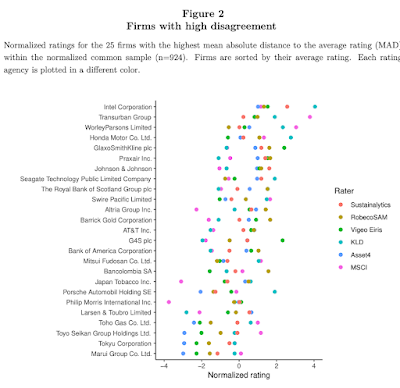 Email ThisBlogThis!Share to TwitterShare to FacebookShare to Pinterest
Labels: 19: The Problem of Adverse Selection, 20 : The Problem of Moral Hazard, 21: Getting employees to work in the firm’s best interests

The cobra effect in software development

When software developers are given a bounty to find bugs, they pay fellow developers to create bugs that they then find and claim a bounty.  This is an old problem, called the "Cobra effect."

The British government, concerned about the number of venomous cobras in Delhi, offered a bounty for every dead cobra. Initially, this was a successful strategy; large numbers of snakes were killed for the reward. Eventually, however, enterprising people began to breed cobras for the income. When the government became aware of this, the reward program was scrapped. When cobra breeders set their now-worthless snakes free, the wild cobra population further increased.[5]

Planet Money has another episode that is making me rethink my opposition to government subsidies for public broadcasting.  In The Fine Print, a reporter reads his homeowner's insurance policy.  In it, he discovers that the policy does not pay for: