RECOMMENDED READING: "The truth about Greece"

Good article by my predecessor at the FTC, Jeremy Bulow, and coauthor Kenneth Rogoff on Greece. They point out that Greece has been receiving net inflows (austerity would imply net outflows), at least until Syriza got elected and stopped implementing reforms.  He concludes by telling Greece why they should re-impose the reforms and struggle to stay in the EU:

Why is the euro falling on good news from Greece?

Its all about the “carry trade.”


Currency investors often borrow in a currency with low interest rates to buy another with much higher interest rates, and pocket the difference, known as “carry.” The eurozone has some of the lowest interest rates in the world, making the euro a favorite for funding such trades—a role it has gradually wrested away from the dollar over the past two years.

The borrowed euros are typically used to fund bets in riskier markets. If risks rise in financial markets (as they did while Greek talks were deadlocked), investors tend to exit these bets. That causes the euro to rise as the borrowed money comes home.

But if risks fall, so does the euro.

So if final deal between Greece and its creditors is reached, then the Euro will fall; but if not, it will rise.
Posted by Luke Froeb at 1:21 PM 2 comments:

First, a business-friendly climate—market-oriented labor policies and lower taxes—is effective in raising the growth in a state’s gross domestic product and employment. Second, states that suffered the worst employment shocks in the 2007-09 recession had the most rapid postrecession employment growth.


The first finding is self explanatory; the second casts doubt on President Obama's explanation for the slow recovery, the depth of the recession.  Lazear's work suggests that the deeper the recession, the faster the recovery.

Lazear is careful to credit Nashville's own Art Laffer who has been saying the same thing for years, along with coauthor Stephen Moore and Jonathan Williams.
Posted by Luke Froeb at 8:39 AM 3 comments:

What happens when you raise tax on only some types of tobacco?

In 2009, the Federal government increased tax rates on roll-your-own tobacco, relative to pipe tobacco; and on small cigars, relative to large cigars.  What happened?

HT:  GAO, who also have a video on how to make cigarettes from pipe tobacco:

Email ThisBlogThis!Share to TwitterShare to FacebookShare to Pinterest
Labels: 02: The One Lesson of Business, 04: Extent (how much) Decisions

We have blogged extensively about the merits of randomized trials to help us make better decisions under uncertainty, the topic of Chapter 17.  The WSJ has a report on progress by the "randomistas" on identifying and overcoming the barriers to success.  The following human traits are among the biggest obstacles to rising out of poverty:

• love to gamble regardless of the odds of winning, leading them to bet on underdogs, play the lottery or hit the slot machines;
• value distant risks and rewards much less than current gains and losses;
• often lack the motivation to pursue their own best interest unless it can be done almost effortlessly—declining to get vaccinated, for instance, until they are given a map of where the clinic is located;
• procrastinate, putting off until tomorrow just about everything they can get away without doing today;
• put money into arbitrary buckets, creating different “mental accounts” for various purposes, even though all dollars should be equal;
• want the comfort of knowing that others agree with them;
• are impatient to their own detriment, preferring to take pension payments in one lump sum rather than as an annuity spread over time or to start receiving Social Security payments as soon as possible instead of deferring them.

Does the market think that Greece will pay its debts? 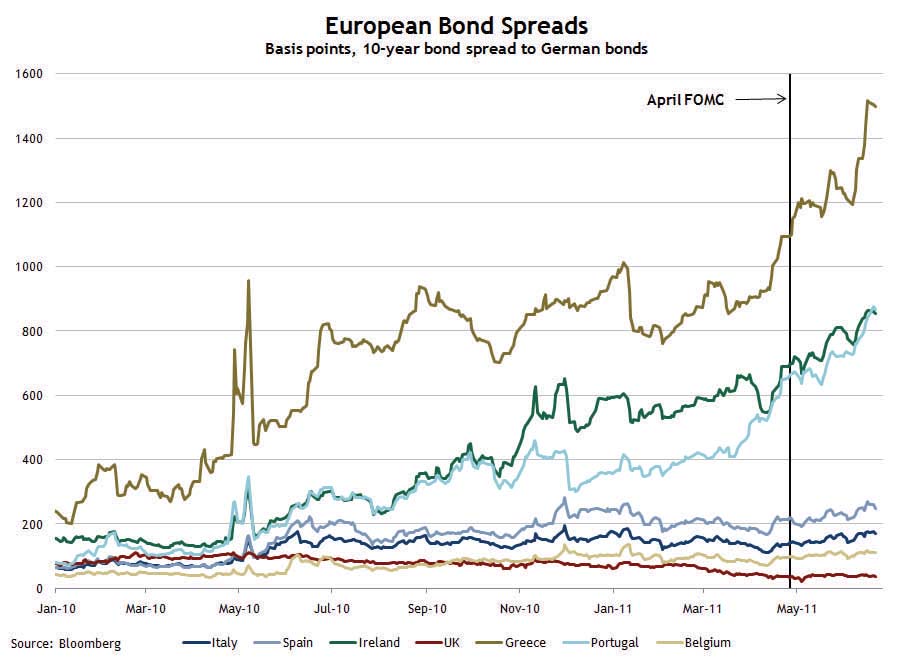