Why currency devaluations are losing their punch


We find that large exporting firms are also the most import-intensive firms, sourcing a large share of their intermediate inputs from abroad.


Further evidence comes from the effect of devaluations on large and small firm prices, called "pass-through:"


We estimate that large exporters pass-through only about 50% of exchange rate devaluations into their prices. In other words, in response to a 10% devaluation, these firms would cut their export prices only by 5%. ... By contrast, the small exporting firms, which rely on few imported inputs in production, reduce their prices by nearly the full amount of the devaluation.


In other words, the simple message of Chapter 11, that currency devaluations benefit domestic firms and harm domestic consumers, is muted by the mere fact that the biggest exporting firms are also importers.

HT:  Microeconomic Insights
Posted by Luke Froeb at 6:55 AM 1 comment: 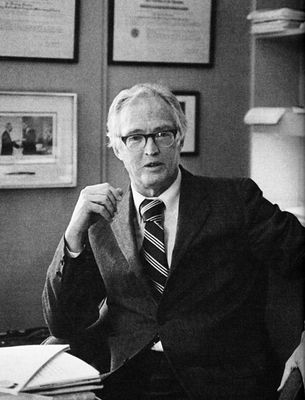 Colleague former Fed Governor Dewey Daane, died last week at 98.  Nice obit in WSJ.  He was one of the first to welcome me to Vanderbilt, invite me into his Tennis game, and introduce me to the rest of Nashville, all of whom he knew.  One of the most colorful characters I have known.  We will miss you.
Posted by Luke Froeb at 11:44 AM No comments:

The Knicks basketball team have only a three-year contract with their best young player.  As a result, they have less incentive to worry about his long-term viability, and have increased his playing time from 28 min/game to 35 min/game.  Somewhat predictably, Kristaps Porzingis got injured.


“He’s just turned 21,’’ said the NBA scout, who has worked for multiple teams. “They’re draining Kristaps, putting more minutes on him than anyone. Physically he grew in the offseason. It’s a tremendous amount of strain on new material — ligaments, tendons, knee joints for a big guy. It’s unbelievable stress on his body.’’

There seems to be an unconsummated wealth-creating transaction here: if the parties signed a longer-term contract, the team would potntially benefit from any additional longevity (they would reap the rewards from investing in his future), which could make the team, and the player, both better off.