Do criminals respond to incentives?

At least in Minneapolis they do. 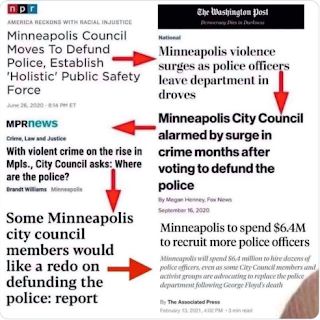 I am old enough to remember the debate (late 1980's at the Sentencing Commission) about whether punishment deters crime.  Some criminologists mocked the economic model of crime which assumes that criminals respond optimally, rationally and self-interestedly to the incentives created by expected punishment (the probability of being caught and convicted times the punishment if convicted).  The policy implication was clear:  increase the expected penalty to reduce crime, called "deterrence."

It looks as if Minneapolis has run an experiment to test the deterrence hypothesis (defund the police==>lower probability of being caught==>lower expected penality==>more crime).  The experiment took less than a year to complete, and they seem to have learned something from it.